Head Voice - What is it and How Can I Achieve It? 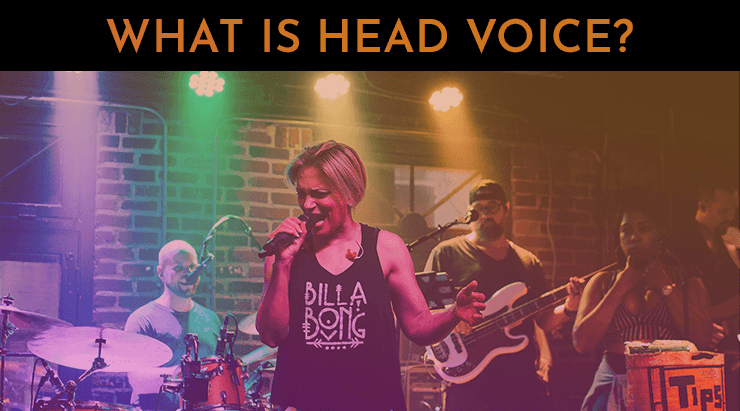 Some say the concept of “Head Voice” is a myth or a misnomer, but in my experience as a singer, when you are producing pure tones and using your breath correctly, there is a vibration in the bridge of your nose and upper face, and a sense of vibration in your head. The clarity and sense of space in your head are unmistakable, and good technique will lead you to produce the tones and range that are often called “head voice,” a tone that is not breathy but sounds entirely pure. The term "head voice" is commonly used to mean "high notes that are not falsetto or strained." The kind of clear, high tone Sarah Brightman is known for is an example of head voice. Another fine example of head voice is Celine Dion and Andrea Bocelli singing “The Prayer,” particularly the end.

Techniques to help create a head voice include ‘yawning’ a few notes on a descending scale, which relaxes the vocal chords; imagining you are coming down to the notes from a higher range; singing vowels (e-a-oo-oh-ah) down the scale; and imagining the tone is focused at a point in the middle of your forehead. I’m a Mezzo Soprano and studied in New York in the late 1960’s and 70’s with William Frederick Heyne who coached many opera singers, and I can tell you that all these techniques really work. Coloraturas, sopranos, tenors, and even baritones have used these techniques, some of which date back to the 13th century. Head tone was later considered part of bel canto, the Italian opera singing method, where it was described as the highest of three vocal registers: the chest, passagio and head registers.

According to Denes Striny’s book Head First, The Language of the Head Voice: A Concise Study of Learning to Sing in the Head Voice, “The head voice…is not understood by most contemporary singers or pedagogues” and is “the only true operatic sound.” Striny himself studied with the legendary Birgit Nilsson. He points out that head voice is “free and unobstructed” while the chest voice, which most contemporary teachers prefer, is not.

Many vocal teachers insist on the chest voice, but it’s good to develop a head voice for your upper range. All higher notes involve your head voice. To develop the head voice, you need to support the air flow from your diaphragm. I’ve found that I really have to keep in shape (firm stomach muscles help!) to use my diaphragm effectively. Once you know how to create a head voice, you won’t experience strain on your vocal chords and throat when singing those high notes.

I studied the Italian method and really believe the Italians wrote the book on singing technique, particularly on how to hit the high notes and produce a clear, pure sound. Try some of the exercises I’ve mentioned and find a voice coach who understands head voice. Though nothing beats the clarity of singing in the shower, a good teacher will help you sing that way all the time.